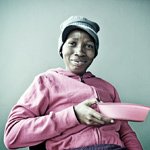 Gamagara Development Forum (GDF) in partnership with John Taolo Gaetsewe Developmental Trust (JTG- DT) and the Department of Health in the Northern Cape, launched RE A FOLA HEALTH PROMOTION project for the Gamagara district on Monday 12 August 2013, at Dingleton Village.

This project is an initiative of JTG-DT, hence the project has been existing in Gasegonyane and Joe Morolong communities, and because of the success it has had and also because there is a need for health services in Gamagara Local Municipality (GLM). GDF saw the need for the project to be extended to Gamagara, hence GDF will be sponsoring the expansion of REA FOLA HEALTH PROMOTION in Gamagara Local Municipality, to bring the services closer and to benefit the community of Gamagara as it is the mandate of GDF to be the developmental organisation of choice to source, manage and disburse funds for the benefit of all beneficiary communities in the Gamagara Local Municipality, and to identify, select and implement developmental projects and initiatives to the benefit of all the beneficiaries equitably. The project will be rolled out in the district with a total of 10 visits. The initiative consists of three mobile clinics that will provide medical services. The services include those of a general practitioner, a dentist and optometrist.

Medical advice will also be provided, where possible visual aids will be used by means of a projector to illustrate and emphasize the information. Each visit will have a health promotion workshop where HIV/AIDS, TB, Diabetes, Hypertension, various cancers and healthy lifestyle will be discussed and promoted with interactive sessions, and learning material will be distributed. The services also includes ophthalmic screening, cervical screening, dental screening inclusive of decayed tooth extractions, cholesterol, glucose and hypertension screening health promotion workshops, awarding of spectacle in order of priority, and VCT (voluntary counselling and testing).

The Program director was Councillor Thapelo Tiroyame and the opening prayer was done by Pastor Cloete. Councillor Victor Gorrah welcomed guests from Olifantshoek, Deben, Sishen and Dingleton. He also introduced the guests of honour of which included the acting Mayor Councillor Dineo Moyo, the ward Councillors, Pastors, Mr Baldwin Matsimela and Thato Dladla (SIOC-cdt representatives) the GDF Board members inclusive of Mr Lepulane Maboshego the GDF CEO, he also welcomed Thato Molamu known as Nicholas on Generations soapie, and all stakeholder and partners of GDF present.

Mr Bodumele (GDF Board Chairperson) gave an input with regard to RE A FOLA HEALTH PROMOTION and he said that “In life there are two primary choices; to accept the conditions as they exist or accept the responsibility for changing them. We as Gamagara Development Forum and John Taolo Gaetsewe Developmental Trust, we made a choice to accept the responsibility of changing the health conditions of mainly woman and youth in the John Taolo Gaetsewe District Municipality by ensuring that women and youth are well informed on issues affecting their health.” He urged and encouraged the public to make use of the free facilities that GDF is offering them to acquire knowledge about their health as health is a very important matter. Councillor Dineo Moyo represented the Mayor and expressed how grateful she is to GDF for always putting the community of Gamagara first and ensuring that they are well taken care of.

Three visits have already been done in the Gamagara Local Municipality, as the first visit were done in Dingleton, followed by Mapoteng and Deben. The next visit will be done in Olifantshoek and the project will roll out in the GLM until December. The communities of Gamagara are very happy and excited about this project and they extended their gratitude to GDF for such a project.

Ms Angeline Modise thanked everyone for their support towards GDF and for being present at the event, the day was ended by performance from Blue Chilli musical band and also from the traditional dancers.